Yale Professor of Anesthesiology and Surgery William Rosenblatt, MD, brings you interviews with leaders in the field of difficult airway management. Each week, clinical problems, ongoing research, recent literature and other issues are discussed.

Dr. Rosenblatt is a past president of the Society for Airway Management, and frequent lecturer on difficult airway issues. He is currently head of anesthesia for the Head and Neck Cancer Surgery program at Smilow Cancer Hospital.

August 15, 2017: Part 2 of my discussion with Harsha Setty, inventor of the FlexView video laryngoscope. Harsha discusses different clinical situations and use of the device. He also talks about his stint in the US military at a field hospital in Afghanistan.

August 15, 2017: Almost a decade ago, Dr. Harsha Setty, who has a background in engineering, was asked by a mentor to aid in the development of a new concept in intubation management — the video RIFL. After many concept iterations, the device emerged as the FlexView. In this podcast, Harsha speaks about the evolution of this concept and his current use of the device. We also hear Harsha discuss his time as an anesthesiologist in a forward hospital in Afghanistan. 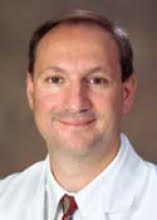 Episode 41: Videolaryngoscopy in the Emergency Department, with John Sakles, MD

May 18, 2017: An interview with Dr. John Sakles on the applications of videolaryngoscopy in the ER. 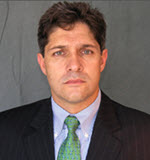 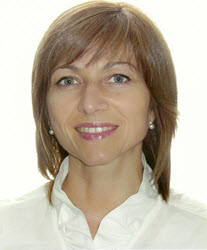 Episode 38: Invasive-Neuro Procedures with an LMA? With Stephen Luney, MD 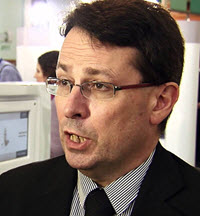 Mar 28, 2016: Invasive-Neuro Procedures with an LMA? With Stephen Luney, MD

Episode 37: Dr. Nasir and the Development of the i-gel 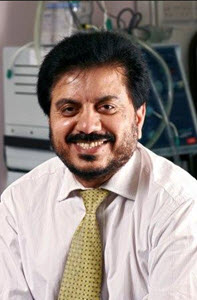 Episode 36: A Nasal Mask for Oxygenation and Ventilation, with Drs Cataldo and Pedro 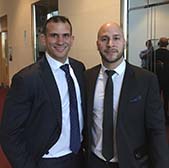 Jan 4, 2016: Dr. Rosenblatt talks with Drs. Cataldo and Pedro about a a nasal mask for oxygenation and ventilation.

Episode 35: High Flow Nasal Oxygen and Extreme Apnea in the OR, with Anil Patel, MD 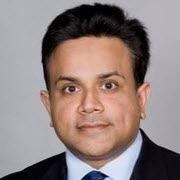 Dec 8, 2015: Anil Patel discusses the use of high flow nasal oxygen in pre oxygenation and during suspension laryngoscopy. 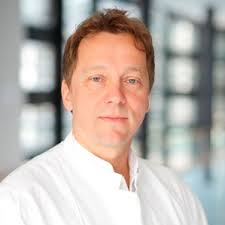 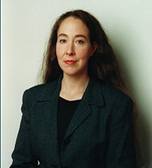 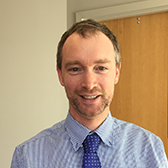 Oct 7, 2015: Can airway managers practice sustainability? A conversation with With Jodi Sherman and Forbes McGain.

Episode 32: What's up at the VA, with Jessica Feinleib, MD 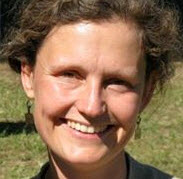 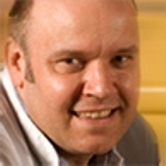 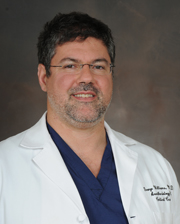 Dec 2, 2014: Dr. Van Diver is in a unique practice where use of an LMA in the prone position is routine — even in the largest patients. Interview from SAM2014.

Nov 4, 2014: Dr. Fins has opened the discussion on resuscitation of the Ebola-infected patient who may present in our care system. His groundbreaking discussion on the forum of the Hastings Center has begun a needed conversation.

Nov 4, 2014: Dr. Fins has opened the discussion on resuscitation of the Ebola-infected patient who may present in our care system. His groundbreaking discussion on the forum of the Hastings Center has begun a needed conversation.

Oct 27, 2014: At SAM 2015, Dr. Awad delivered a wonderful lecture about the future of robotic intubation. I interviewed him afterwards and challenged the need for this technology (I think he'll win in the end). I also talk about the upcoming meeting and why you should go!

Oct 17, 2014: Listen along as I deliver the first Ovassapian Lecture at the American Society for Anesthesiologists meeting in New Orleans, October 12, 2014. After a tribute to Dr. Ovassapian, I describe the Airway Approach Algorithm which he published in 2006.

Note: The video version of this lecture can be viewed in YouTube.

Oct 6, 2014: General and vascular surgeon Jack Pacey discusses the development of the glidescope.

I personally think this discussion is vital for anyone who has ever considered "invention" in or outside of medicine.

Episode 23: The Invention of the Glidescope, with Jack Pacey, MD 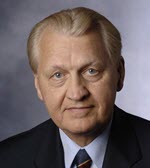 Oct 6, 2014: General and vascular surgeon Jack Pacey discusses the development of the glidescope.

I personally think this discussion is vital for anyone who has ever considered "invention" in or outside of medicine.

Sept 29, 2014: Our first SAM2014 interview: Once again the pendulum swings in favor of aggressive intubation use in the pre-hosptial environment. Dr. Wayne speaks not only about the use of videolaryngoscopy but the importance of training for providers.

Sept 12, 2014: Dr. Paul Baker has developed a virtual reality simulator for FOB leading. We speak about its development and the future of FOB practice.

Episode 20: The first Ovassapian Lecture at the ASA with William Rosenblatt

Sept 3, 2014: In this AODpi episode, Dr. Urdaneta interviews me regarding the Ovasspian lecture at the ASA... the first ever.

Aug 18, 2014: Johns Hopkins Medical Center has a sophisticated difficult airway response team, one which we decided to model at Yale. Lauren Berkow, MD, the co-director of the team, talks about its history and logistics.

Aug 6, 2014: SAM's executive director joined me on AODpi for a discussion about the upcoming meeting and the World Airway Meeting (WAM) planned for November 2015.

Episode 17: A Special End-of-the-World (or not?) episode

Aug 5, 2014: AODpi has been podcasting for 16 weeks. Its time to hear from you! Please let me know how you listen to AODpi: iTunes? SoundCloud? Have you been getting my tweets or do you come via the SAM website? How about YouTube — I've started posting the older episodes there.

In any case, if no one is listening, it's time to say a fond farewell. Otherwise I will keep posting. Contact me at This email address is being protected from spambots. You need JavaScript enabled to view it. or @AirwayOnDemand on Twitter, or text me if you know my phone number.

And, by the way, please let me know if you have any requests!

Jul 29, 2014: Dr. Richard Dutton of the ASA's Quality Institute will be speaking at the upcoming SAM meeting in Seattle, Washington. I spoke to Richard about the goals of the airway management quality reporting effort.

July 21, 2014: This interview took place in May at the IARS meeting in Montreal. Dr. Cooper is the current President of the Society For Airway Management, and has for many years been a advocate of extubation precautions. The closed claims database has demonstrated how there has been a reduction in claims related to induction and intubation, yet no change in claims related to the phase of extubation. Dr. Cooper gives concrete suggestions on who to be concerned about and what actions to take.

Episode 14: The Future of Asthma Therapy, with Mario Castro, MD 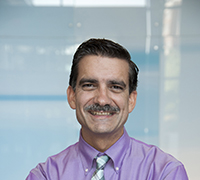 July 17, 2014: Mario Castro was a highlighted speaker at the 2014 SAM meeting in Seattle. In this AODpi interview he speaks about new interventional pulmonology procedures for the severe asthmatic adult.

Episode 13: The ASA Obstructive Sleep Apnea Guidelines - what you will learn at SAM2014 with Lorraine Foley

July 7, 2014: The ASA has announced an update of the 2005 OSA Guidelines. Dr. Foley discusses this update and her lecture at the SAM meeting in Seattle, September 19-21, 2014. Topics included are the STOP-Band tool, pre- and post-op CPAP, when do you cancel a case for suspected OSA, and the use of IV acetaminophen in these patients.

Episode 12: The Vortex Approach to the Failed Airway, with Nicholas Chrimes, MD

June 30, 2014: Nick Chrimes and his colleague, Peter Fritz, both anesthesiologists in Australia, have developed a cognitive tool for managing the emergency failed airway. The Vortex Approach describes a simple algorithm which can easily be applied in a crisis situation. The Vortex is easy to follow and communicate and makes multi-specialty attended patient management more efficient.

Episode 11: Intubation via a Supraglottic Airway with David Wong

June 25, 2014: We talk about rescuing a failed airway with the use of a superglottic airway. But what now? Dr. David Wong gives options for changing an SGA to an ETT in a difficult airway patient.

June 16, 2014: At our meeting during IARS in Montreal, Canada, Dr. Suresh and I chatted about the special airway circumstances of the patient in the delivery suite. As you may know, a recent database from SOAP has updated information in this field. Dr. Suresh speaks on the highlights of this data.

June 2, 2014: Richard Cooper did the earliest trials with the Glidescope. His study of 728 patients has now been called a "classic" by the Canadian Journal of Anesthesia. I met Dr. Cooper at the IARS in Montreal, and we had a great conversation.

May 27, 2014: AODpi interviews Dr. Lenhardt during the 2014 IARS meeting in Montreal, Canada. Dr. Lenhardt speaks about his recently published paper on combining videolaryngoscopy and a single-use flexible tracheoscope in difficult airway patients.

May 20, 2014: The Maxillofacial Surgery Patient and Airway Management With Andrew Herlich 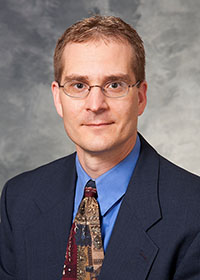 Episode 4: The Child with Airway Hemangiomas with Keith Haller

May 5, 2014: Dr. Keith Haller has been researching children with facial and airway hemangiomas. In this podcast, Dr. Haller discusses the precautions a generalist should take if confronted with such a patient. "Keith, pretend you are an anesthesia generalist on call in a small hospital, and one of these kids comes in for an urgent orthopedic procedure. What are my main concerns? How do I evaluate this kid for anesthesia." Dr. Haller will be starting his fellowship in pediatric anesthesia this July in Boston. 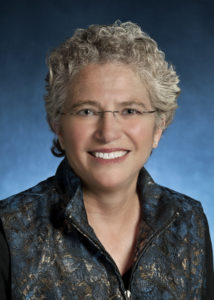 April 28, 2014: This week, AODpi speaks to Dr. Lynette Mark of John Hopkins Hospital. Starting in the early 1990's, Dr. Mark, along with Andy Ovassapian, Martin Norton and others, developed the idea of an airway registry. The fruits of their labor resulted in over 12,000 patients being entered into the registry housed at the Medicalert Foundation and the founding of the Society For Airway Management. Dont miss this piece of history, and a modern tool for your patients!

April 21, 2014: Dr. Felipe Urdaneta from the University of Florida discusses an editorial in Anaesthesia 2014 regarding the lack of true scientific trials in airway management literature.

April 10, 2014: An exciting look into the (airway) future is the theme of the upcoming Society for Airway Management meeting in Seattle this September. Program director Valerie Armstead, professor of anesthesiology at Cooper Medical School of Rowan University, discusses the innovative speakers and program format which promise to make this a memorable meeting. The social events alone are worth the trip to Seattle!